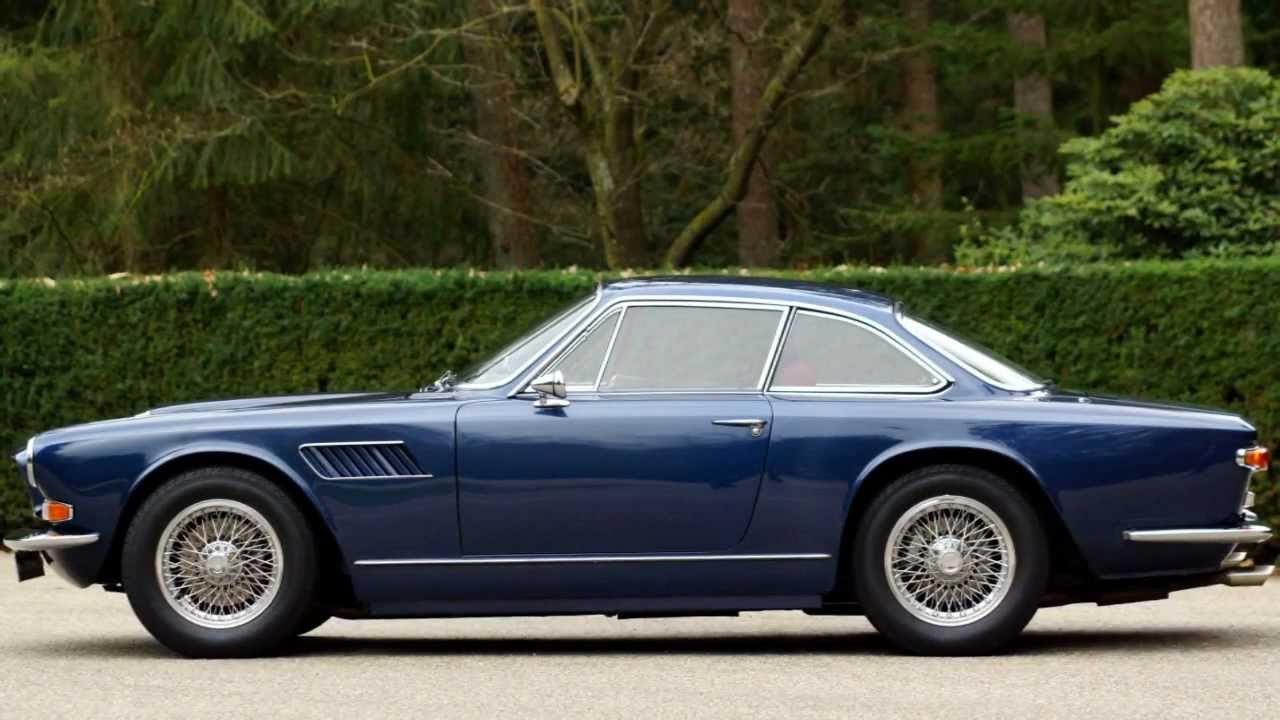 A memorable day in the AutoFlick chronology. Izzy and Juliana meet Martine at his house and then head to a race track in Delaware in Martine’s 1965 Maserati Sebring 2.

And so we retraced our steps through the plush living room and out the front door and along the front walk to the garage. Martine summoned the door to open electronically. As it slowly lifted, I expected to see the weighty ass of his Cadillac DeVille.

Instead there was a sleek, two-door that I could not name. It had a tight, wingless rear that looked like a suitcase, with a subtle crease wrapping across the top of the trunk. A modest bumper, a bulging package of three rear lights mounted on each side and the Maserati badge. Two chrome exhaust pipes pointed improbably at an angle into the night sky.

It seemed alive in the fading light, at a standstill, promising to fly off into the night at any moment.

Martine was smoking as he backed slowly from the garage. I opened the passenger door and determined that Juliana had to sit in the front. So I squeezed myself into the back.

When she flipped the back of the front seat into riding position, I was embalmed in deep, dark-red leather, trimmed in gray. It was more comfortable than it should have been, even if there had been some place to stow my legs.

The dashboard was polished gray, with “Maserati” between mid-dash air vents and a bank of toggles and sliding switches. There was a grab-bar for the passenger, homage to the vehicle’s conception as a racing machine. No radio.

Martine wore driving gloves and in that car, one of fewer than a hundred ever made, it did not seem an affectation. He took a drag on the cigarette and threw it onto his driveway. Mentally, I attributed this flick to “car too refined to smoke in.”

Power poured through the design, right through its buttocks and shoulders into the endoskeleton. I don’t think we ever went over the speed limit, but from time to time he loosened the reins and gave the car some pace. Once, as we hurtled through a bend that mortals would take more cautiously, Juliana reached for the grab-bar and turned to Martine, her profile lit up with excitement, centripetal force bending us in our flying jewel box, leaving behind a trail of burnt testosterone.

The windows were open, sunset streaming through the cabin. At times I forgot myself and briefly thought that somehow I belonged in that car. Being in the back seat was like looking through a window from the outside, theoretically part of the car but experiencing it secondhand, moments after the real occupants had already been launched through the threshold of the present into the future.