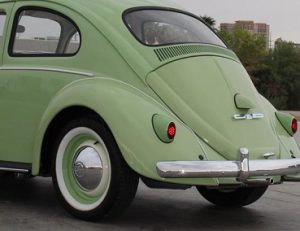 Bastille Day. Izzy is hitch-hiking to work and gets picked up by a hippie smoking a joint in a 1960 VW, listening to Bob Dylan complain about Maggie’s Farm. He throws the roach out the window and would have gladly accepted a bumper sticker if Izzy had had one with him.

Later in the day, Izzy defends the honor of fair Juliana by running naked through the woods on a Sunday afternoon to chase down two pre-teen punks who have run off with their clothes. But first, he has to invite her to go skinny dipping.

“I don’t have a bathing suit,” she answered.

“We don’t need them today. It’s Bastille Day,” I said, pulling the tee shirt over my head and unbuttoning my shorts. “The day of glory has arrived,” I sang.

And then I was standing naked beside her, more than a little surprised by my revolutionary spirit, feeling the July sunlight and the warm breath of the woods and the algae and the rocks holding the slow-creeping water in front of us. I didn’t know whether she would follow, but I understood that having made the invitation I had to give her as much time as she needed to respond.

I am certain that I had a quite ridiculous look on my face while I waited for her to decide, hanging out there, as it were. She looked me over slyly, unable to suppress a smile. I committed to not looking away from her face.

That was all the direction I needed. I turned and walked down the rock as it submerged into the still creek, gathering a veneer of moss as it went deeper, open fissures along the way, the occasional rogue outcropping, and only the vaguest sense of a current sliding incrementally toward the next lock that marked the gravitational bottom of the pool, a languid, summery chunk of Pennsylvania hung up on its way through the woods. I found the edge of the rock shelf a little over waist deep and crouched down until my chin was in the water, then slowly pushed upstream for a few easy strokes in the shallow water, not wanting to put too much distance between us. Then I turned back.

She was already in the water, crouched down to her shoulders in the deepest part of the creek. I drifted toward her as though the current alone was pulling me. She had an expectant and confident look, watching me carefully as I stood, waist-deep, and walked across the slippery and sloping slab.