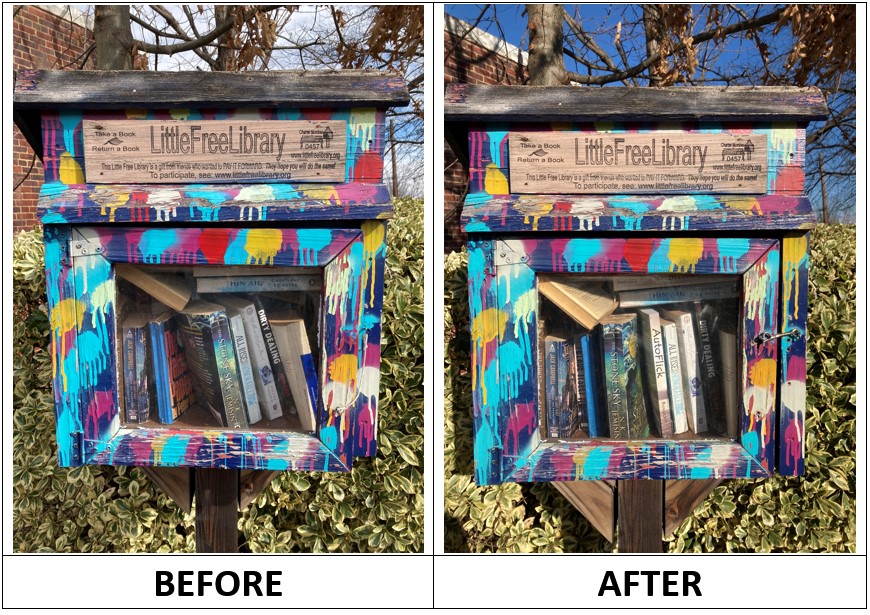 Centennial Park is arguably the most visible and least visited park in Hyattsville. A patch of grass too small for anything else, squeezed between US 1, the bridge curving over the railroad tracks, and a more commercially viable lot. My guess is it was designated somewhere around the city’s 100-year anniversary, roughly 1986.

It has Little Free Library #457, although the LFL database thinks #457 is about 370 feet away and on the other side of the Rhode Island Ave. So maybe it was moved at some point. Given its charter number, it’s one of the oldest Little Free Libraries around.

Upon my first inspection a few weeks ago, I was bothered by the makeshift latch – worn twine stretched across two bare screws – that keeps the library door closed and protects its contents from the weather. Friday morning, I rummaged around in my shed for an awl and found a hook-and-eye latch still in its wrapping. When I got to the park I realized I had forgotten to bring a tool to remove the two screws sticking out of #457. Fortunately, the friendly man who manages the Hyattsville Vacuum Service next to the park loaned me borrow a pair of pliers.

The best that can be said of my handiwork is that it’s an improvement. I took the opportunity to contribute a copy of AutoFLICK to the library, one with the fancy cover designed by my wife.

There is a lively mural on the wall of the vacuum cleaner repair shop next to the park. And a tree with a fence around it dedicated to a civil servant who worked for the city for 25 years. There is also a Birds-I-View exhibit entitled “Vainglorious.”

In 2003, Prince George launched the Birds-I-View public art competition in which artists were given 5-foot-tall fiberglass bluebirds to decorate. Some 75 creations were installed around the county and 14 were chosen to be auctioned off. My wife and children made two bluebirds: one was placed outside the county seat and the other inside a library. 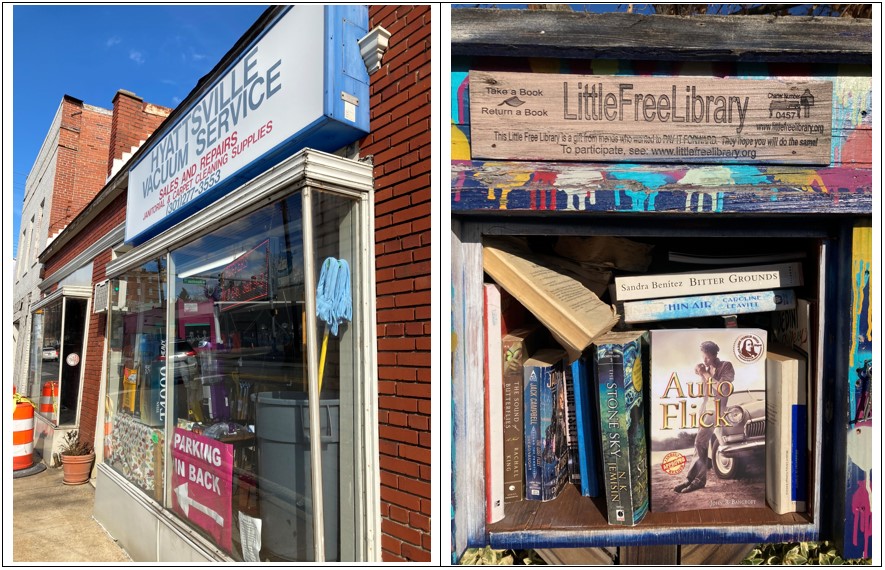