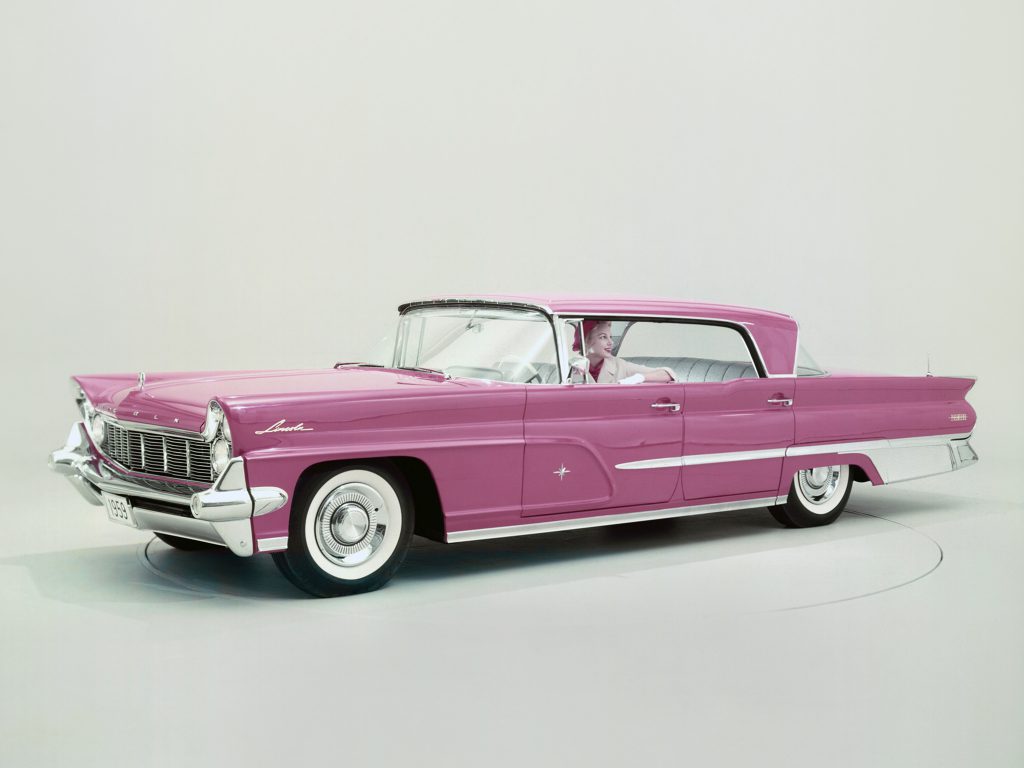 Summer was changing. The heat was drying out, the sunlight softening.

I was hitching home from work. A 1959 Lincoln Premiere, one of the biggest cars ever built in America, was heading my way. It was the hard top, a dull bronze body and white roof, quad headlights, a pair stacked on top of each other with a huge, low-slung massif of chrome anchoring the front of the car to the road. The Premiere rolled halfway off the paved road onto the gravel shoulder where I was standing, a luxury yacht from a lost harborage of car design. You could not look away from its wings, which took off from the back wheels, jutting from the frame of the car like epaulettes on a Rushmorian military costume.

I opened the door to a spacious interior in brown and white leather, a steering wheel that looked a yard wide in diameter, a dashboard without borders. The driver, a man in his early 30s, was smoking a cigarette. He was also crying.

Not sobbing; tears were tracking down his cheeks and his eyes were red. He was not trying to regain his composure.

He sighed. “I was 22 and trained as metalworker. My father told me to leave, find a new life in a free country because Hungary would only be prison. He said I should send for him when I am settled. I left home with a suitcase and walked to the Austrian border. In refugee camp, I was put in a group going to America because I said I had uncle here. I didn’t, but nobody checked. So I was put on Dwight D. Eisenhower’s navy ship and sent to New York City.”

“Did you get your father?”

He spoke as if he had lived that pain so many times that there was only numbness there. “No, he died a few years after I leave. Momma is still there, but she don’t want to go anywhere now. It’s a shame because Hungarians are good socialists, just not very good Russian slaves.”

He sucked again on the cigarette and turned back to the steering wheel, a little more at peace.

“What are the sinews and souls of Russian serfs and Republican slaves but fast-fish, whereof possession is the whole of the law,” I mused. The driver looked at me and shrugged.

“Can I ask you one more question?”

“Sure.” He had pulled the transmission lever back into drive and was sliding into a space in the traffic, the cigarette clenched in his lips.

“Why do you throw your cigarettes in the street?”

He looked at me and smiled. “Hey, motherfucker, I’m a little anarchist, too.”

This is how anarchism made it into the study, already overrun by atheism.