After seeing the North American premiere of Magical Mystery Tour in New York, Speedy sees a smoker in a 1966 Plymouth Barracuda. 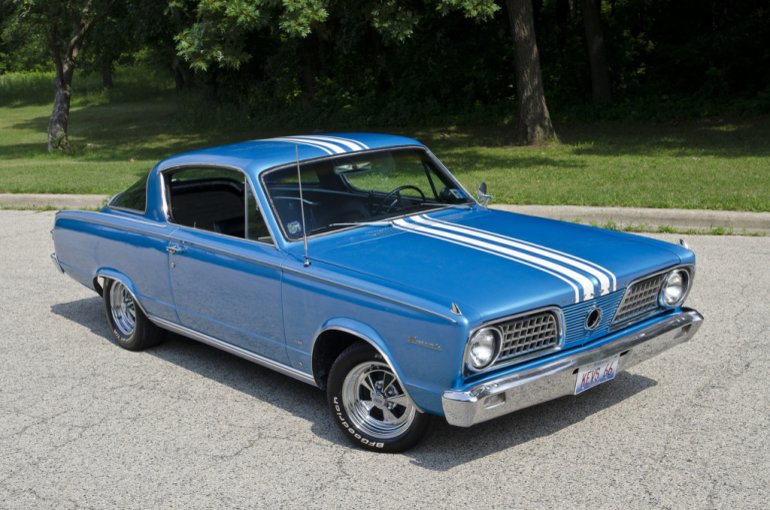 At that point, a fire-engine red 1966 Plymouth Barracuda rolled down the street with a smoker behind the wheel. He seemed to flick the butt almost directly at us, although it was an off-speed pitch that landed away in the middle of the street. “Hey,” my father yelled, and then the light turned red in front of the Barracuda. My mother and I watched in amusement as Speedy loped off to do more research.

He went right up to the driver’s window, put his hands on the top of the door, and started a conversation we couldn’t hear. The Barracuda driver did not seem particularly annoyed. For all I know, there may be special rules in effect at a certain hour of the night, especially in highly concentrated urban spaces.

The 1966 Barracuda was a spaceship car, a sweeping fastback window pitched over angled lines and squared-off heirloom fins. Light on the chrome, it featured a bold, forward lean toward a boxy front end that plowed shark-like through the road ahead. It actually looked a little like a barracuda.

The light turned green and the Plymouth swam away, leaving my father still standing in the street. He danced past traffic coming from behind him and rejoined us, breathless, happy.

When I was young, I never needed a puppy.

“He said he throws his cigarettes in the street because the bums want to smoke too,” Speedy said, smiling broadly. “You don’t hear that one in Doylestown.”